The Holidays and Money

Do the holidays fill you with a mixture of emotions, from joy and excitement, to dread and anxiety? If your finances tend to get out of control during the season of giving, you aren’t alone. Even the most disciplined of us can sometimes let the joy of giving override our sense of frugality. People tend to think more in the short term, than what will happen to us later on if we make the wrong decisions now. The fact that monstrous debt is not only a reality for most people in developed nations, but even expected, is case in point. We are given credit cards and told to spend as we will. We graduate from college with mountains of debt. We buy a house above our means because the mortgage company and “keeping up with the Joneses” says we should. Why should the holidays be any different? 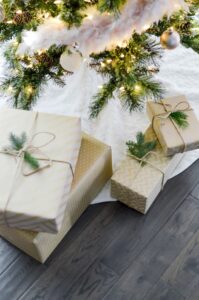 Wouldn’t it be great if there was a way to make the holidays less stressful, at least financially? It turns out, there are a few tips that could help, but they take some planning. Like almost everything when it comes to money, looking ahead will get you further than spur of the moment approaches. One idea would be to set a yearly holiday budget. Then, open a savings account and set up automatic withdrawals on payday to be put into that account through the year. It doesn’t have to be much. If you get paid every 2 weeks and put aside $10 each time, by the end of the year you would have over $200. That would sure beat having to take it all out of one check. If you put it into a high yield savings account, you could even have a few dollars of free money (minus taxes) to top it off.

If you are a little more adventurous, and want to make potentially a little more money with your money, you could put that same amount into the stock market in a diversified fund. Use an app like Stash or Acorn, and you would be able to withdraw your money plus earnings by selling the stocks at the end of the year, or even just a portion of them. Beware that whatever gains you make this way do count toward your income for the year, though, and will be subject to taxes. The potential is there, though to make a decent percentage of gain, as the stock market historically makes between 6% and 10% over time.

Another idea is to keep a list of people you like to buy for in your purse or wallet. Throughout the year, as you see gifts that would suit the people on your list, you could buy them one at a time. This would spread the cost over the year, instead of having to put it all on the same credit card at the end of the year and play catch up for the following months.

Don’t forget that some people really value the thought of the gift over the cost of the gift, as well. What about making a gift for someone that touches on something personal for them? Dressing up a picture frame with glue and glitter, or special words, with a picture of you and that person together can touch a heart. Think outside the box. Spending time with your mom one-on-one would probably mean more to her than any trinket. There are probably hundreds of ideas similar to this one that wouldn’t break the bank, but would still carry meaning. Isn’t that the true idea behind gift giving, anyway? We want the person receiving the gift to know that we love them, value them, think of them, and want to see happiness on their face. That counts for you, too. The holidays should make you happy, not totally stress you out. Try one or more of these tips, and maybe one will work for you. 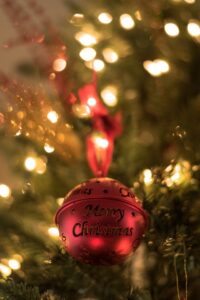 One Reply to “Financial Tips for a Merry Holiday Season”