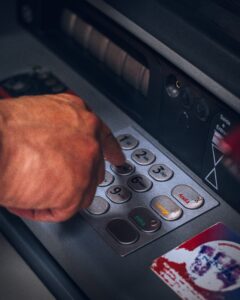 Savings Accounts Are Not All the Same

One of the first steps I took on my financial journey, just after getting my first job, was to open a savings account. At the time, a person had to be 18 to have a checking account, and I was only 16. My savings account was really just a place to put my money that made me feel slightly more grown up than putting it in a piggy bank or under my mattress. It did come with an ATM card, though, so I felt very grown-up every time I opened my wallet and saw it there. I was allowed to take out money up to 6 times per month, which was plenty, considering I was only making $3.75 per hour and the ATMs made you take out $20 at a time.

Had I known anything at all about money, I would have shopped around for a high-interest rate savings account at least. The one I had earned something along the lines of 0.01% interest, which is pennies. These days, a high interest savings account, such as the one at Marcus.com earns about 1% interest. Not much, but still much better than a regular savings. It is always a good idea to shop around for the best rates, but when doing so make sure to watch out for any fees or introductory offers that expire after a short period.

Speaking of fees: Beware of Bouncing Money that Multiplies and Destroys

Once I was old enough to open a checking account, I immediately did so. I wanted to be able to write checks and have an actual debit card. The difference between a debit card and just an ATM card linked to my old savings account was huge. It meant that I could make a purchase with just a swipe and a signature (if it had the Visa or MasterCard logo on it), or just a pin code. The money immediately came out of my account. It was like magic!

The problem was, even though the money came out immediately every time I made a purchase, and I diligently kept track of every one like I was supposed to do and subtracted it from my balance, I didn’t account for little hidden fees. So, one day, I made an ATM withdrawal and took out the last $20 in my account. I had something like 20cents remaining. There was no minimum balance requirement (another thing to know before opening an account). I thought I was fine. Turns out, that ATM had a $0.50 fee for every transaction. When that fee was charged, my account became overdrawn, meaning I had accidentally taken out more than I had in the account. To make matters worse, there were a couple checks I had written that I didn’t think people would cash right away that went through before I had time to get to the bank to deposit more money. What followed was a snowballing disaster! The bank charged me $25 for each transaction that didn’t have the funds covered in the account, including the initial $0.50 cent ATM fee. I ended up being charged $75 in fees, plus the amount of the outstanding checks. I was in deep!

Luckily, I had the money within a few days, so I went to the bank to pay my debt, embarrassed and humiliated. I thought that would be the end of it, with a lesson learned to watch for fees. The bank, however, informed me that I had to pay the money, but they were also closing the account and had reported me to Check Systems. Check Systems was the entity that people saw on your credit report when you overdrew accounts, and it made a person into a very bad credit risk. The worst part was it lasted for 7 years. During that time, it was next to impossible to open another checking account, as most banks would see that on my credit and deny a new account. It was only several years later that an all online bank finally took a chance on me and let me open an account. I had to send them money through the mail. Scary! And I had to wait days for it to show up in the account. I knew I had to do it, though, in order to rebuild my checking account reliability and my credit.

When it comes to savings accounts, shop around for one that will pay you the most interest on your money. That is free money, and it is always a good thing.

Always find out about any fees associated with an account or even with a transaction before you open accounts or perform a transaction. A little mistake with a checking account can hurt you for many years.

If there is a service called Overdraft Protection offered for your checking account, it is worth it to have it. This may have saved me a lot of money and years of strife. It is basically a little insurance plan saying they won’t immediately charge you and/or close your account if you take out more than you have, as long as you pay it back in a specified time frame.

For helpful products and services, visit my Resources page.